We have 209 guests and 3 members online

I have to admit that I love chasing the hours aspect of flying for a virtual airline.  If you've ever seen the movie 'Up in the Air' with George Clooney, "the miles are the goal."  Instead of miles, its all about the hours for me.  I recently crossed the 3,000 flight hours mark and while I was initially very excited to do so, I quickly realized afterward that I really didn't have that much to be excited about.  Mostly because it just keeps going and going.  4,000, then 5,000, and so on and so forth.  Meh...

I had tossed around the idea of trying ECON flights with my own virtual regional airline service, but wasn't sure if it would be any fun and wasn't sure if there would be any excitement around it.  I wish I would have jumped in way sooner.  I still chase miles, but now I also chase revenue for my airline.  I can't explain how addicting it is!  If you don't plan your flight correctly, don't properly load the optimal fuel load, select but fail to fly a flight, or any number of other things, your "airline" won't be profitable.  I felt compelled to write this after I had my first revenue loss tonight.  I selected a short flight only 75NM but with 117 passengers and 17,550 pounds of cargo.  Should be easy to profit from this run, right?!?  I balanced out my cargo weight, fuel and planned the route.  When I landed barely 30 minutes later I thought I would be into some GREAT profit  for a short flight.  Nope: 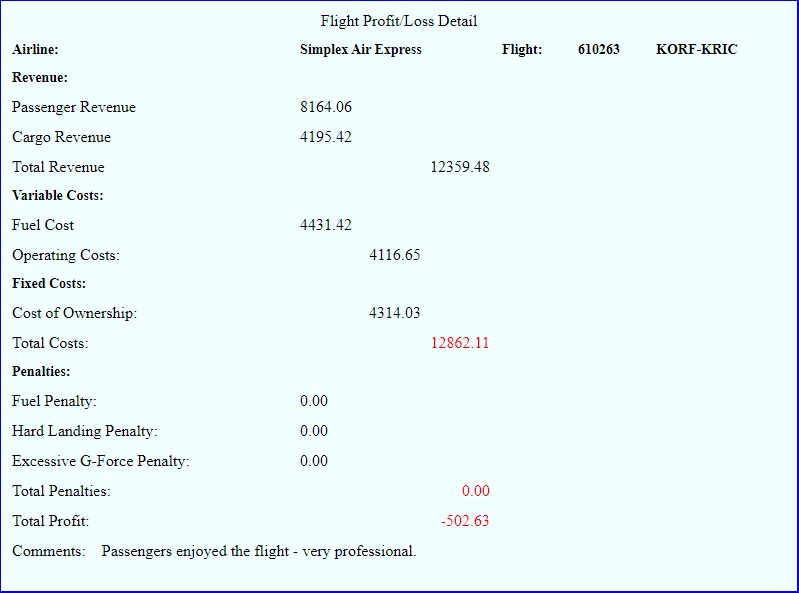 Dang!!!  I lost $502.63?  My company actually lost money moving all of those passengers and freight?  I quickly realized that I loaded WAY too much fuel for such a short flight.  My tanks were only loaded to 15% capacity, and that turned out to be far too much.  Lesson learned I guess!

With penalties, lost revenue, gate fees and other costs, you can very easily end up in the red.  Not picking on anyone, but here is what your basic profit and loss statement looks like: 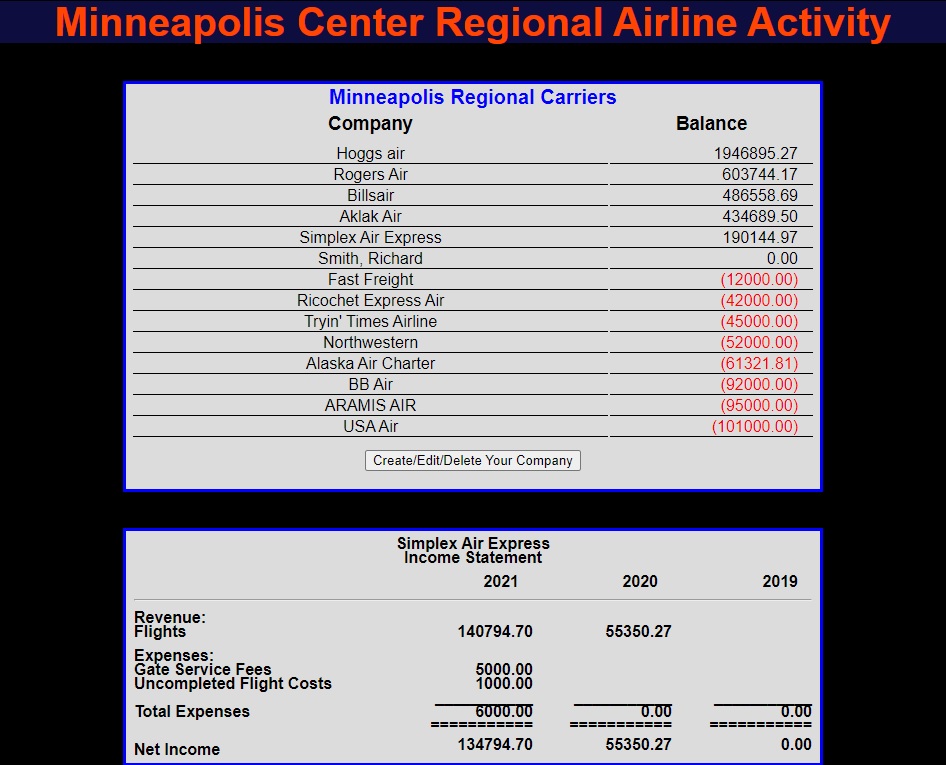 At any rate, if you've been contemplating running your own airline but you're not sure if its worth the hassle, trust me when I say that it is.  If you're getting bored with the same old same old, jump in and give it a go.  We need more competition on the ECON side!  And we're all here to help if you have any questions.
Eric M. Eder, SPA118
Miami Hub Manager
This email address is being protected from spambots. You need JavaScript enabled to view it. 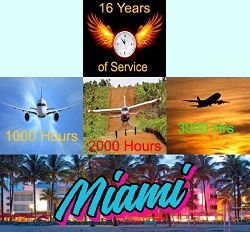 Glad to see you discovered the fun at MSP Center.  Yes...it remains one of my favorites too.  Occasional losses are expected (even in the real world I think).  But you're so right that it adds a whole new aspect to my simming adventure.  I feel the added pressure of getting that plane safely to its destination.  Shaking up your passengers and landing hard can cost you extra, in addition to the costs of carrying too much or too little fuel.  Crash that bird and you're out 5 G's - and that's just your insurance deductable.

I'm watching you and the few other pilots flying these flights (and competing for the lucrative Cat-4 flights that are few and far between).  I can't wait for some smaller commuter aircraft to come to FS2020 so that I might make some money on those Cat-3 and Cat-2 flights.  I could always jump into P3D for a few of those I suppose.

It does give me a whole new feeling of seriousness when I push those throttles forward - knowing that so many things affect my bottom line.  I noted your loss on today's flight and was suprised it was so little because of the short flight.  At least your passengers were satisfied - or it could have been worse.

Also thanks to our VP Mike D. who developed the cost/revenue model for our Econ Module.